More people will see it in screenshot form than will visit it, but who cares?

I recently got a wifi module for my Commodore 64 to get it online after we finally got rid of our landline, and after spending some time on various BBS (Bulletin Board Systems, sort of a web forum before web pages) I decided to make my own. I wanted to host it on correct hardware for the time, but if I did that on my C64 then it’d be tied up and ironically couldn’t use it to visit my BBS! the Amiga 600 is a possibility for the future after I get round to recapping it, so for now I’m running it on an old raspberry pi I had lying around.

At first I used Mystic as the backend software for the BBS, but it doesn’t really support 40 columns (As wide as the Commodore 64 will go), so after spending all the time to get that up and running then trying it out on the Commodore I had to scrap it and start again with Synchronet. Synchronet’s pretty great and connects with wider systems like Dovenet and Fidonet, and althoug it can’t automatically detect your viewport, you can still request a certain view by calling a certain port on your BBS (although the more old-school systems like image, running on someone’s C64 for boards like 13thfloor are able to prompt you for which one you want).

I wasn’t going to create yet another BBS with names with TOXICSWORD or ANARCHYACID or suchlike, so instead I’ve just gone for a whole UK theme.

Now the first person to tell you that I’m not at all good at art, but there’s someting about 8x16 that drew me in and I probably spent 1 or 2 hours just doing landing screens! I used pablodraw for my “art”, it doesn’t work in the latest OSX so I had to excavate an old Linux system just to use it, and being limited to 16 colours is tough, especially when only 8 can be used as a background for a pixel.

So here are a few of the screens with a mainly UK slant (It rotates the welcome image with each visit with about 7 available at the time of writing.. I don’t know.. I’m bad at it but it’s so fun!) 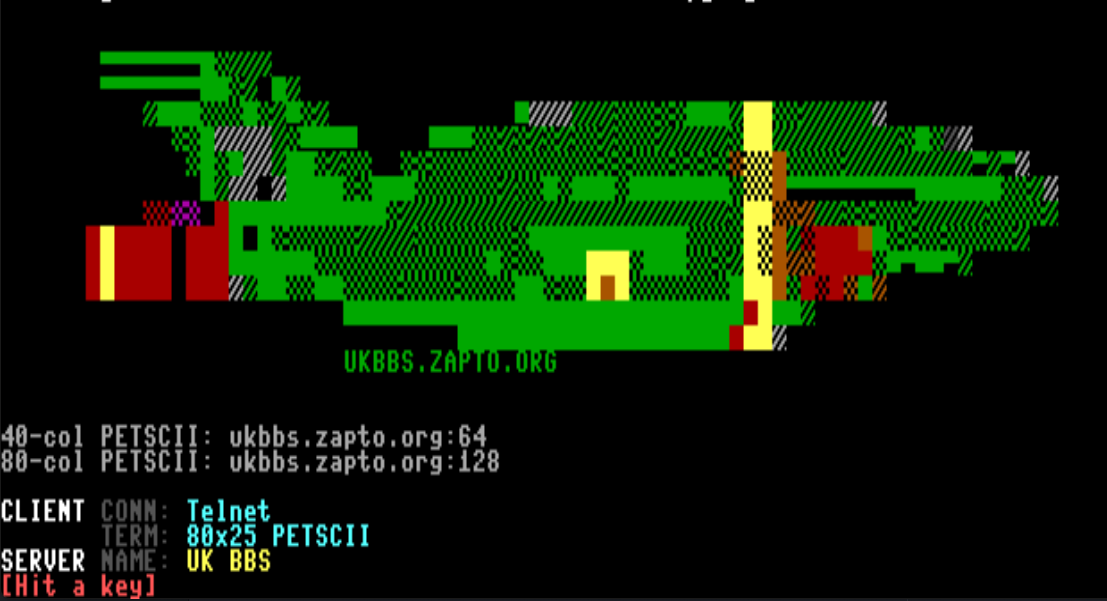 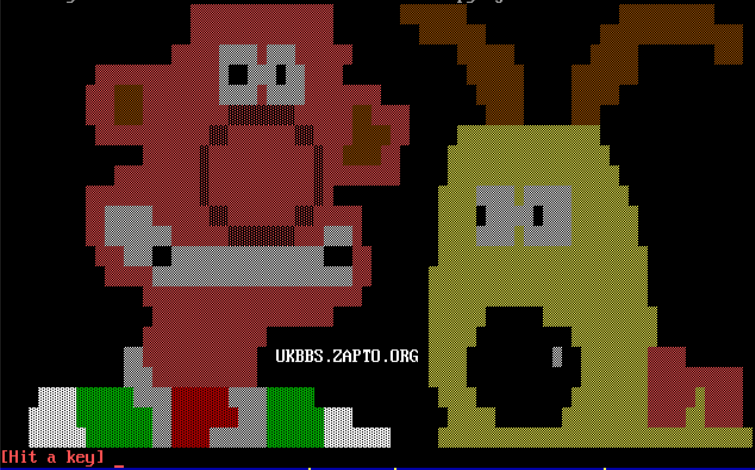 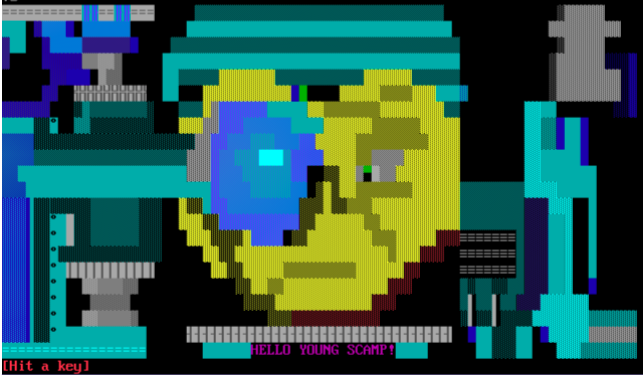 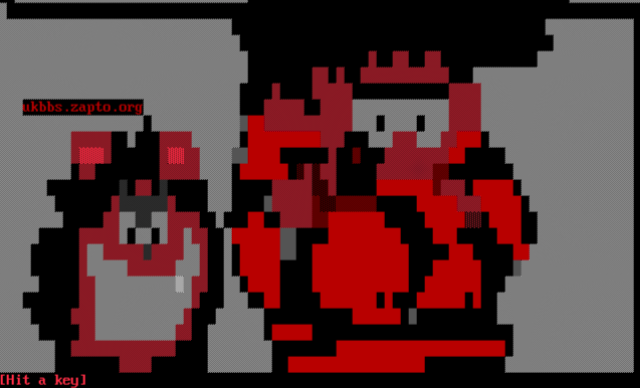 Of course I needed McLaren in here: 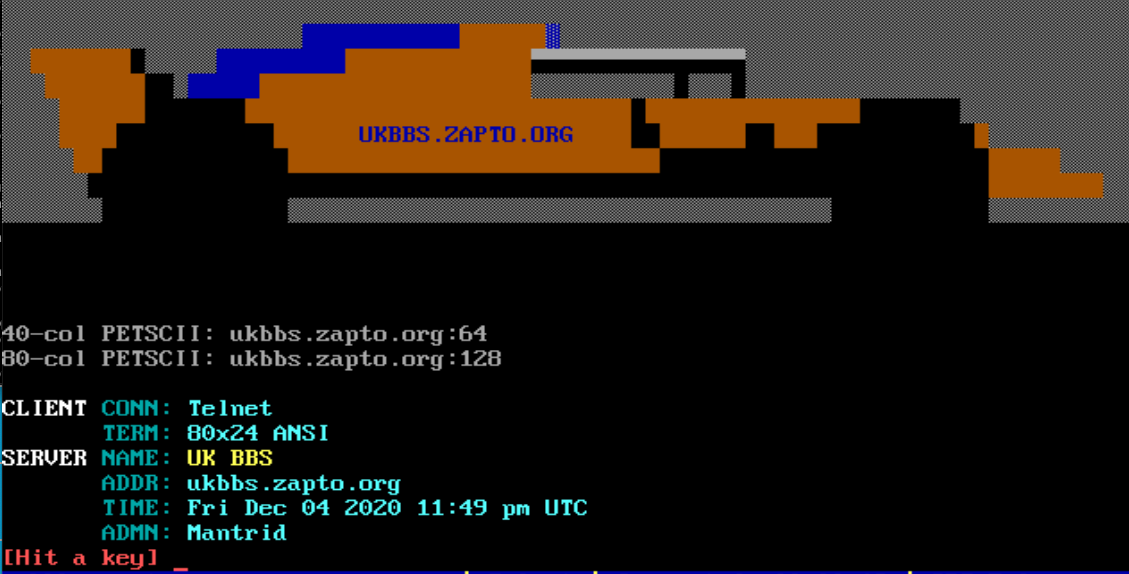 I think my successful login image was the first one I did. It was only a proof-of-concept to test functionality but it’s so cheesy it’s great so it’s staying!! 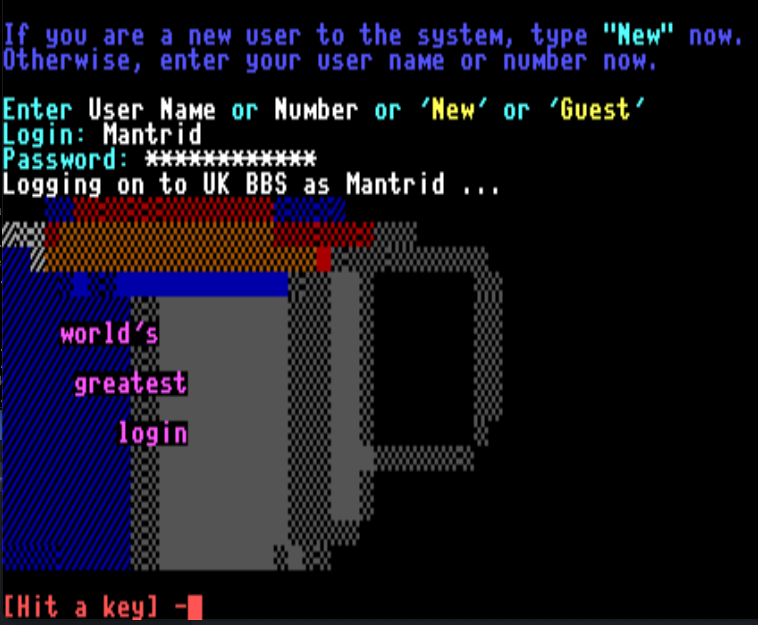 I did do a bit of an arty animation proof of concept for the 80 column login process however so I’ll show the full login flow that one could expect here:

To give you an idea of what the BBS system itself looks like here’s the main menu where you can expect to tap away on your 40 year old computer to talk about who shot JR with the full power of the internet behind a teletext interface: 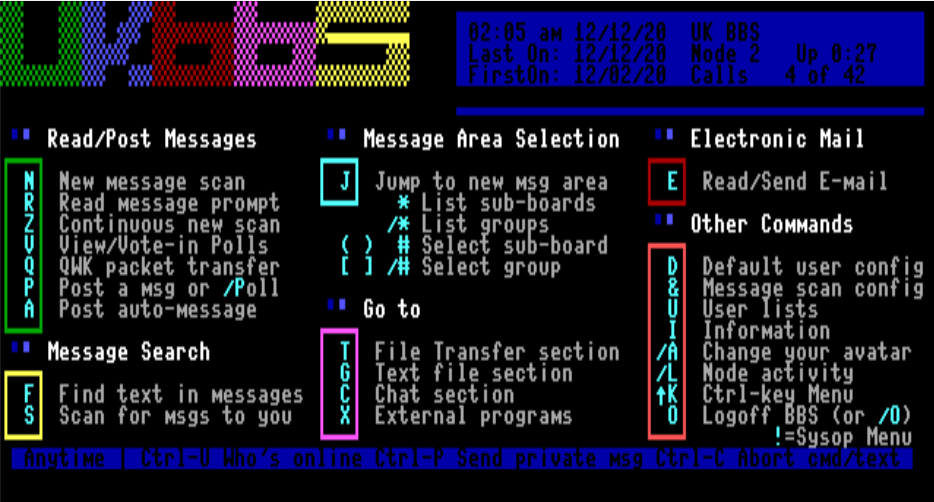 If you want to try it out for yourself, there is a Guest account for visitors to use and a web interface for the telnet port here (Note that because it’s telnet the graphics won’t show up as they were designed but they’re not too bad):